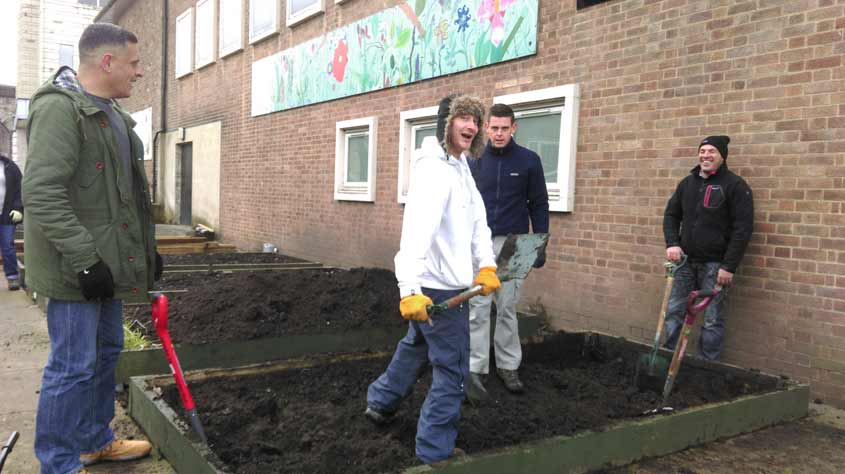 On a very cold and precipitous November Monday Morning nine hardy souls descended on Todmorden Community College. Maybe Axl Rose was thinking of this place once. A team of volunteers which comprised of Cohen the Barbarian, Colin T, Scott C and Lee W had gathered to help a small crew from Incredible Edible Todmorden (IET) to dismantle and replace the planters outside TCC.

First thing was to feed the lads with bacon butties. It’s the law. Then we unloaded the timber that had been ordered and prepared ourselves for the hard yacca that was to come. Armed with shovels we moved all the soil from one bed and piled it on top of another. We then dismantled the empty planter and left the craftsmen to assemble a new one. The craftsmen were Fred, who IET had press-ganged, Lee and Mark. I am not suggesting for one minute that they were trying to avoid the real work, but they were. The weather was grim but we struggled on against the elements. I was gutted to be dragged away to meet and chat with two visitors from The Brink in Liverpool who Steph Booth , The Mayor, had brought to introduce. I mean, sitting inside drinking brews, chatting and having a laugh when I could have been outside swinging a shovel in the freezing wind and rain. I took one for the team. When I got back out I feel that I made up for my absence by putting in a good hour or so of shovelling soil. We kept going until Estelle and Jude presented us with a chippy dinner, another legal requirement, which had been given free of charge by the proprietor of the chip shop in Walsden when he heard what we were doing. That was a great touch and it made the work seem all the more worthwhile. I think it always feels good to do a bit of giving back but it is doubly rewarding when it is recognised and there is an extra community feel to it. We were all slowed down a bit by the dinner but kept going for another hour until we had done all we could for the day. By that time we had erected two new planters and cleared the way for the next three to be assembled. As always with these types of activities there was a great feeling of achievement and everybody had a good laugh. Plenty of banter but all good natured and respectful to those around us.

Back down for a third session. Myself, Chris and Colin T. Colin and I did a lot of shovelling and Chris did all the artisan stuff. It was good to see him in his element, pencil behind the ear, tape measure in his hand. We managed to complete another four planters and the job is looking much nearer to completion. Jude agreed that we could use leftover timber to knock some planters together for the centre which will be a bonus. The lads enjoyed their breakfast butties and put in a good mornings work.

Fourth session was completed with Yarrow down there on his own. A fantastic effort which was, unfortunately for Yarrow, not witnessed by any of his peers. A truly selfless act.

Final session. Freezing cold but the desire to finish the job was strong. This seemed to be present in everybody who was there. Chris and Yarrow finished the final large planter with consummate professionalism and we lifted it in to place. It was rather heavy and left me feeling that I had done myself a nasty. Just my age I think. Myself, John, Ginny and Colin filled it with a mixture of the soil that was left over and some bagged soil that Ginny and Jude had collected from Centre Vale Park with another IET volunteer, John . There was talk of pies on the way, donated by Ham Corner in The Market, but I had to love them and leave them as I had to get back to Halifax. As I left they just had the two small ones left to do. I was a little disappointed that I didn’t get to see the finishing touches, or the pies which I hear were delicious, but there you go.

It was great to have been a small part of it all. I think this is what ABCD is. People from across the community coming together to achieve something. Everybody bringing something to the table and combining their assets and gifts. I go away knowing I have got to know a couple of connectors and a few new friends who we can work with again. What an absolute pleasure.

IET also donated the timber to make our own planters which are now fitted to the front of TodWell. Chris and Yarrow knocked theses together whilst Fred basked in his redundancy and admired their handiwork and craftsmanship. Theses marvels of creative woodworking can be viewed in all their glory at TodWell day or night. 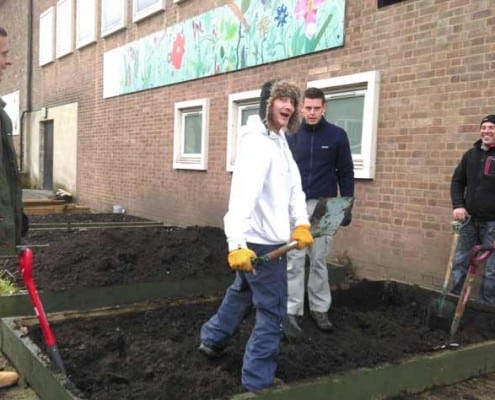 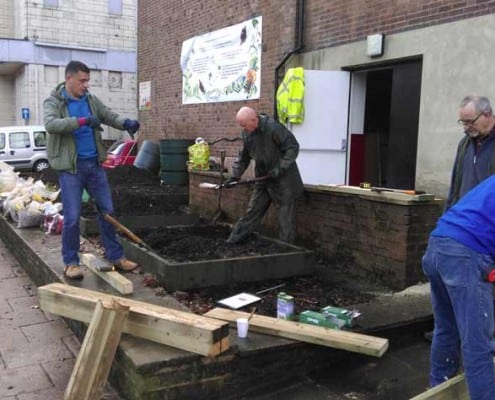 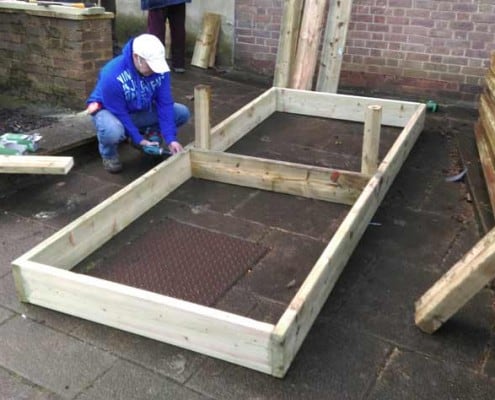 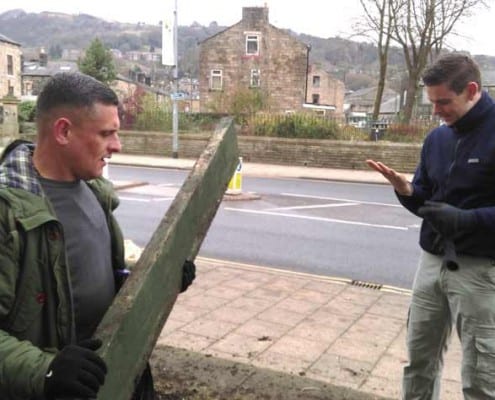 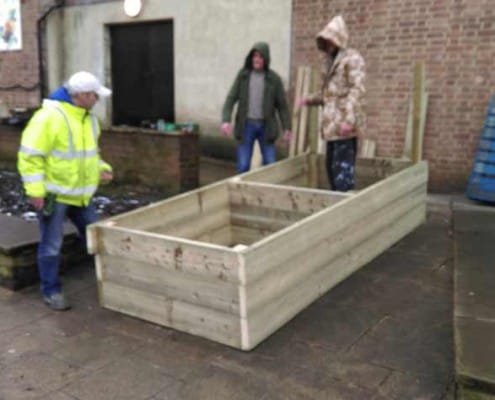 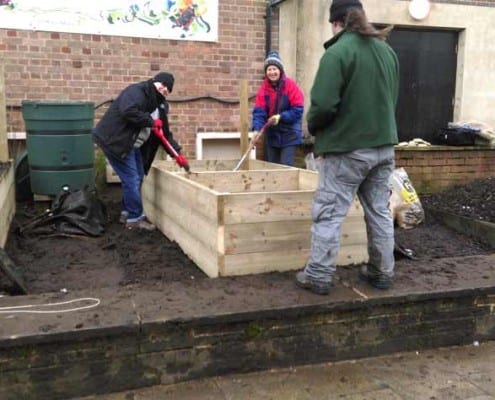 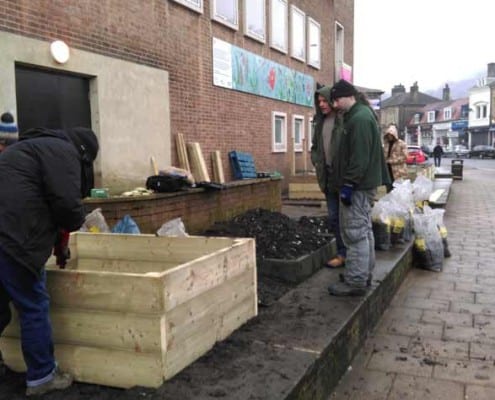 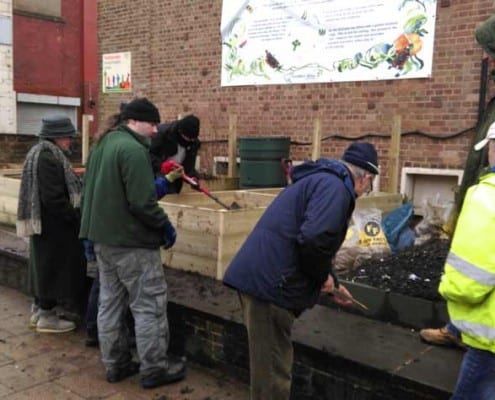 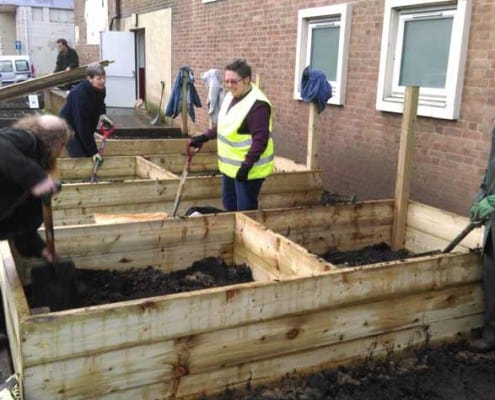 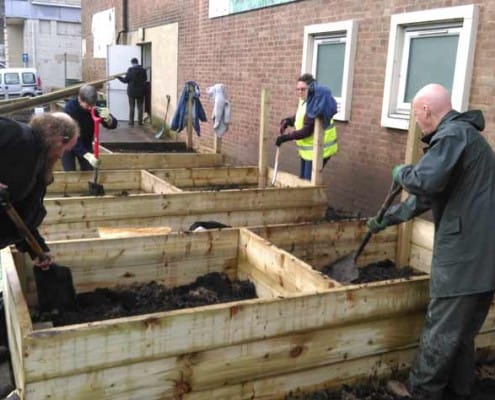 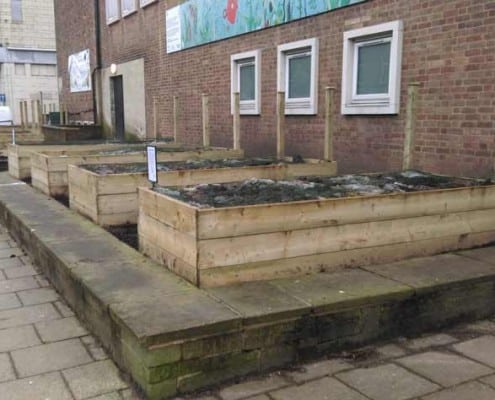 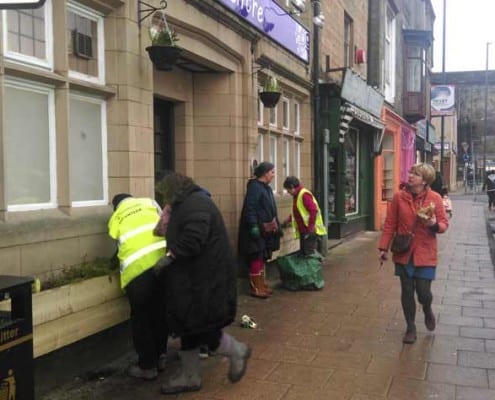 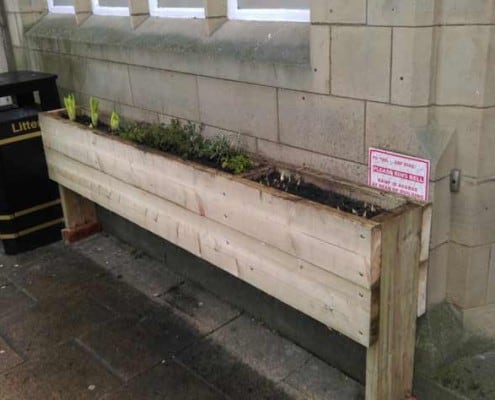 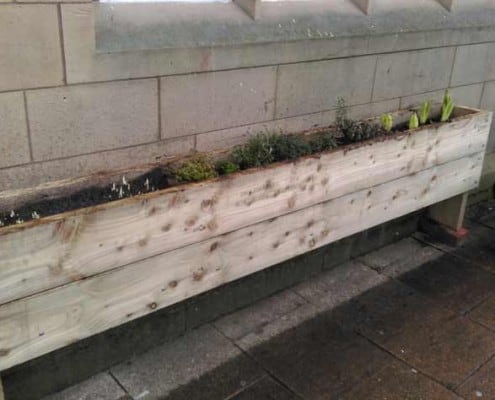 Celebrating and Exploring Peer to Peer Support
Scroll to top

Because these cookies are strictly necessary to deliver the website, refusing them will have impact how our site functions. You always can block or delete cookies by changing your browser settings and force blocking all cookies on this website. But this will always prompt you to accept/refuse cookies when revisiting our site.